How to create an AMDP Routine in BW Transformations

How to create an AMDP Routine in BW Transformations

ABAP-Managed Database Procedures is one of the recommended patterns for use in ABAP code optimization within the context of ABAP development on SAP HANA.

Since ABAP-Managed Database Procedures are implemented as methods of a global ABAP class, the editing environment for AMDP is the ABAP class editor. In concrete terms, an ABAP-Managed Database Procedure is written in a database-specific language, such as Native SQL or SQL Script, and is implemented within an AMDP method body of an AMDP class. So developing a database procedure is similar to the editing of ABAP class methods with the same tool environment

Let’s start with some simple examples in how to setup an AMDP routine in a BW transformation.

Example 1 : One to One mapping from Source to Target in the End Routine

In order to just map all the fields one to one without any restriction , you can easily write the following statement .

inTab = Contains all the fields available in the Source (Datasource)

OutTab = Contains all the fields available in the Target (aDSO) 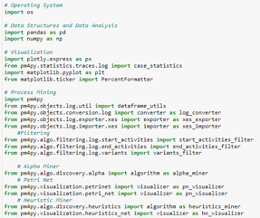 Example 2 : One to One mapping from Source to Target with some restrictions

Let re-use the above scenario but implement some restrictions while loading the data.

These are some simple examples to illustrate the use of AMDP routines. These can also be implemented as a Start routine or in Field Routines.

We use cookies on our website to give you the most relevant experience by remembering your preferences and repeat visits. By clicking “Accept All”, you consent to the use of ALL the cookies. However, you may visit "Cookie Settings" to provide a controlled consent.
Cookie SettingsAccept All
Manage consent

This website uses cookies to improve your experience while you navigate through the website. Out of these, the cookies that are categorized as necessary are stored on your browser as they are essential for the working of basic functionalities of the website. We also use third-party cookies that help us analyze and understand how you use this website. These cookies will be stored in your browser only with your consent. You also have the option to opt-out of these cookies. But opting out of some of these cookies may affect your browsing experience.
Necessary Always Enabled
Necessary cookies are absolutely essential for the website to function properly. These cookies ensure basic functionalities and security features of the website, anonymously.
Analytics
Analytical cookies are used to understand how visitors interact with the website. These cookies help provide information on metrics the number of visitors, bounce rate, traffic source, etc.
Functional
Functional cookies help to perform certain functionalities like sharing the content of the website on social media platforms, collect feedbacks, and other third-party features.
SAVE & ACCEPT
Powered by