One year, twelve months or 365 days. Exactly today, August 2, I celebrate my one-year anniversary as Marketing Manager with Cubis/Lytix/Aivix. A year to cherish and certainly not to forget. In this blog post, I would like to take you on an adventure of the past year. Because contrary to what some of you think, there are also many people working here without an IT background or IT tasks. And they are just as happy here!

Started from the bottom, now we here

My debut at Cubis/Lytix/Aivix was exciting. I had no experience at all with data & analytics, let alone IT in general. I came from the world of interior design as a marketer. But I soon felt welcome and ‘at ease’. My colleague Maarten, who was in charge of marketing until I arrived, put me at ease and helped me where he could. Credits for him because he talked a lot of insecure thoughts out of my head (fair is fair).

But to be honest, it was a challenging start. No matter how quiet it was in my first three weeks, after a month my tasks became clear, and the days became busier and busier. Ideal for (having to) learn a lot. Because you learn the most when you are thrown in. And God, did I learn…

The first big challenge was the Cubis & Lytix Data Day. After almost two months of settling in, the biggest customer event of the year was on the program. Normally a spring event in May, but now moved to the end of September thanks to the ‘fantastic period’ we call COVID.

Because COVID did not make it easy to organise physical events, we decided to broadcast the entire event live so that as many people as possible could enjoy the expert presentations. It turned out to be a good idea, because a lot of people followed the Cubis & Lytix Data Day live! The building was teeming with wires, cameras, and microphones, but it was a fantastic day!

Blood, sweat and tears you could say! But we made it, thanks to the fantastic team behind the event. 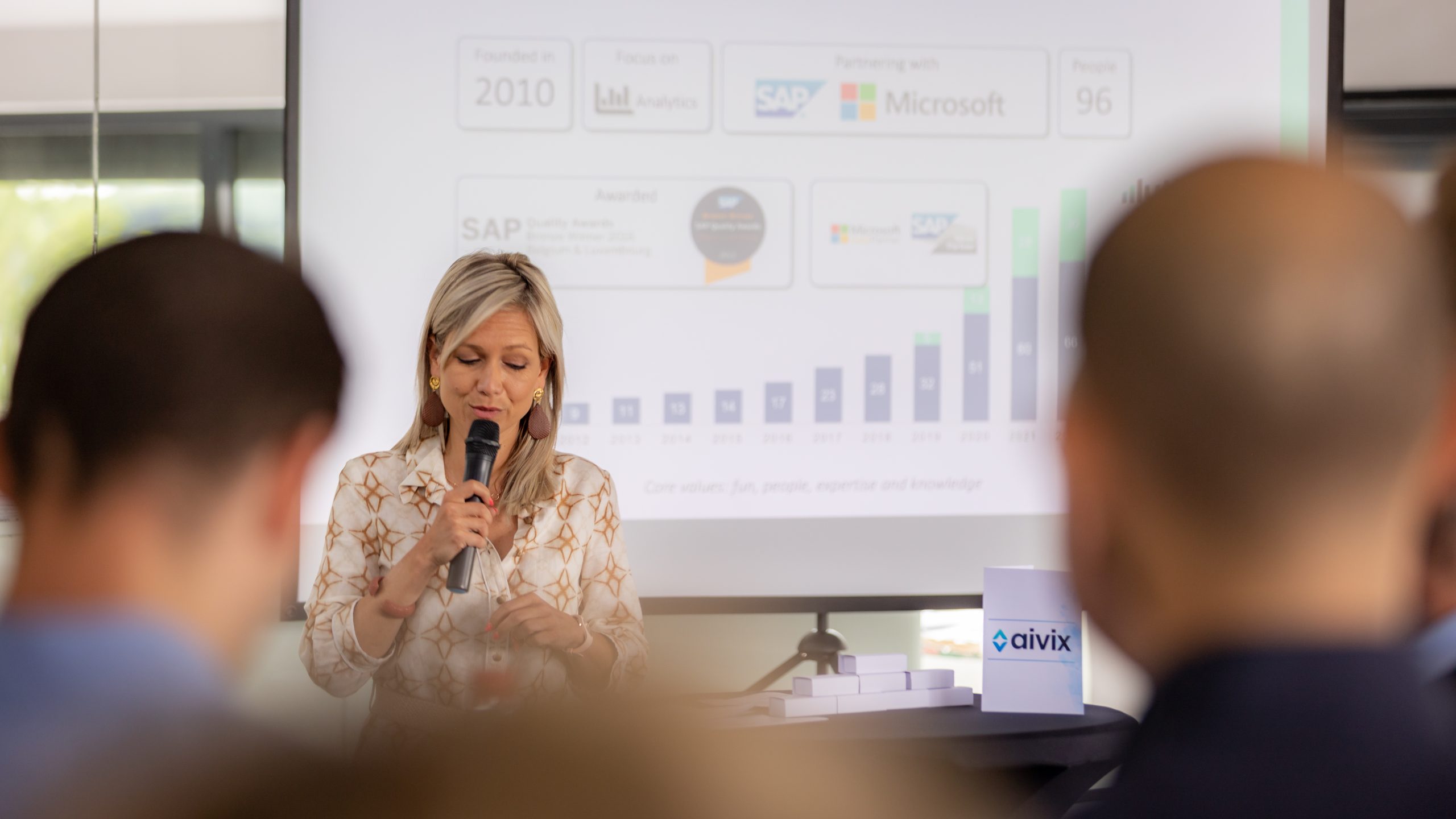 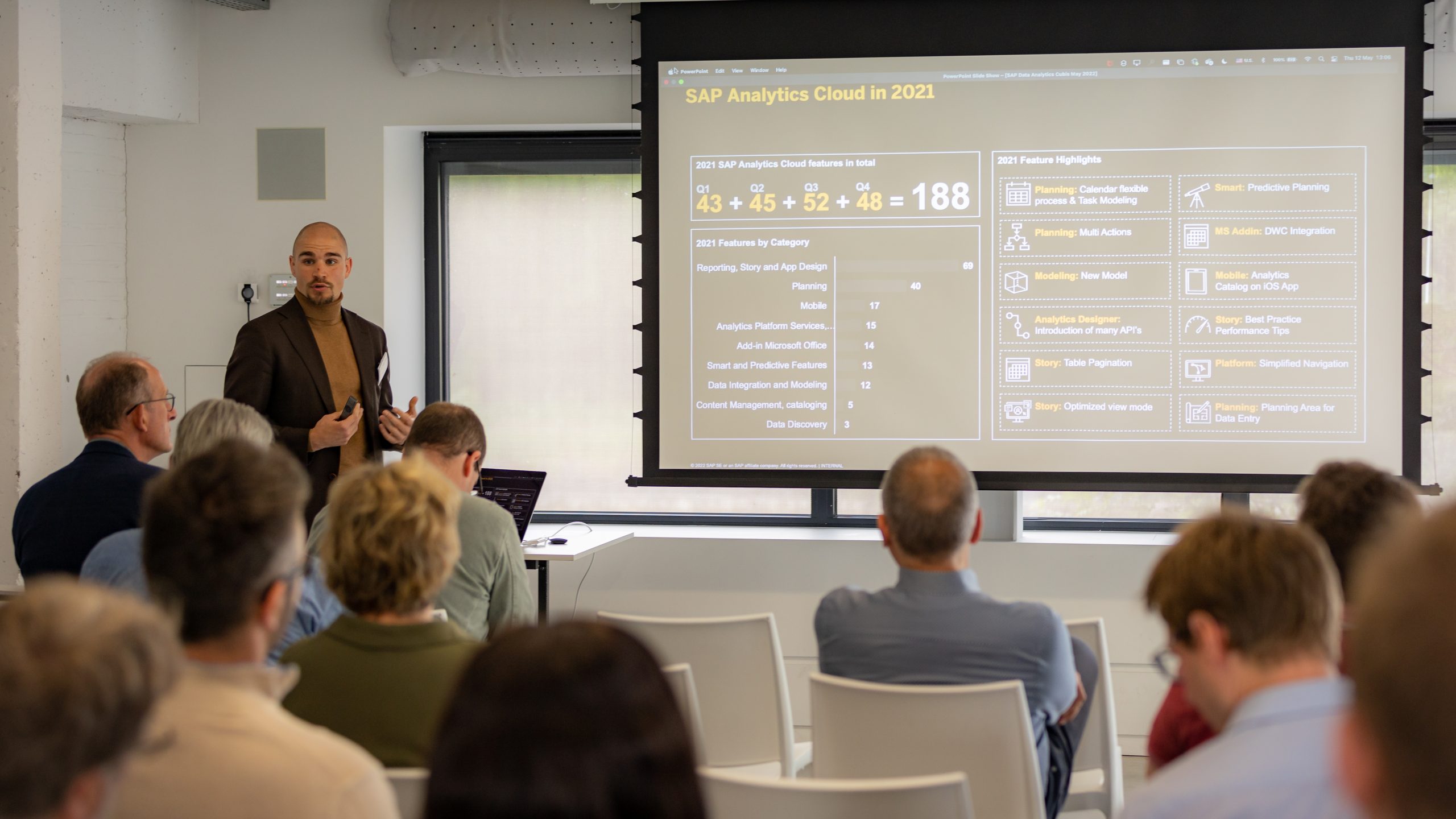 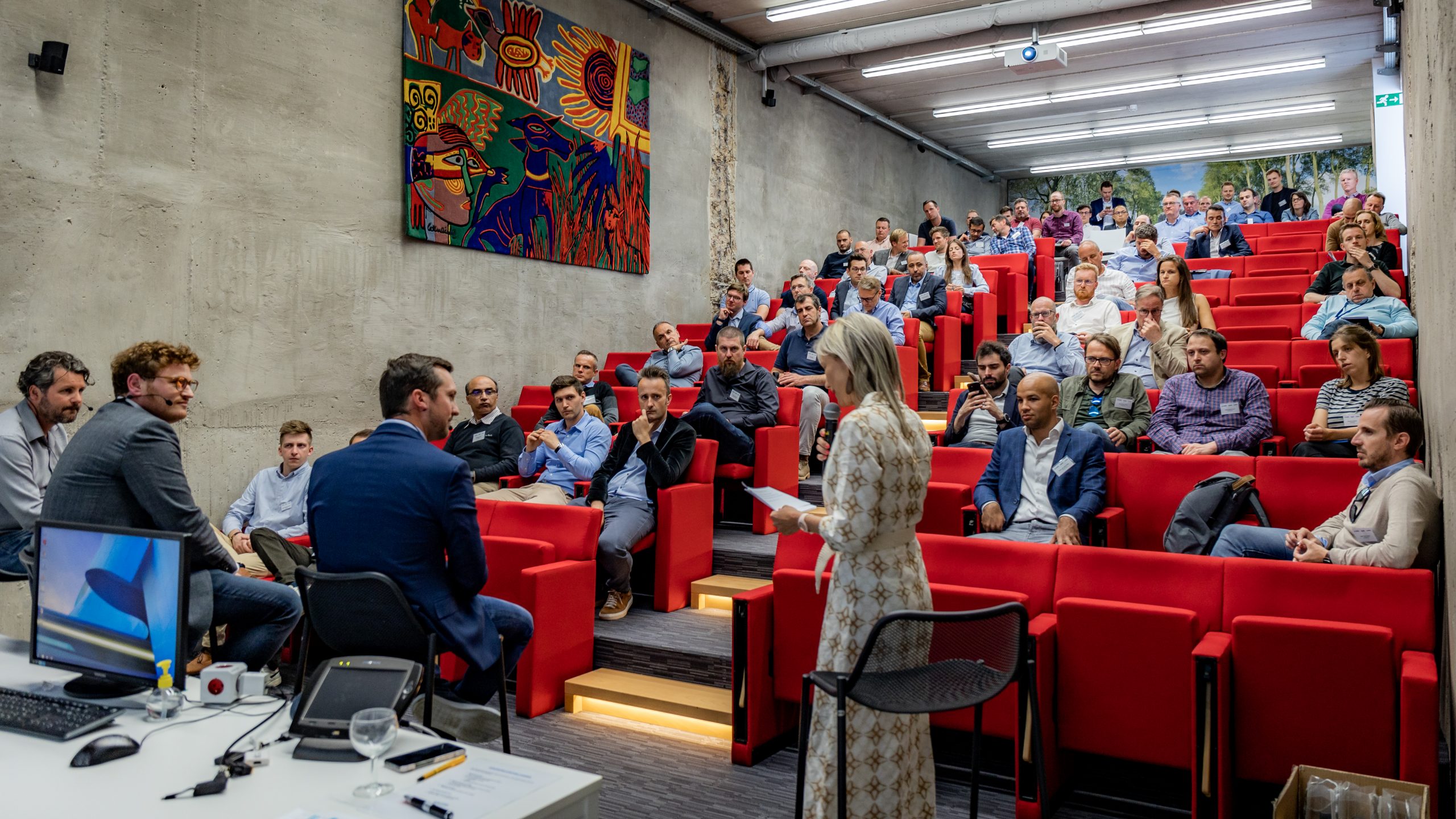 Dear passengers, we are leaving for: Marrakech

The Cubilycious weekend, perhaps the greatest challenge of my career. But before I tell you more, a bit of explanation of what Cubilycious point are:

Every year, employees can collect points by achieving certain targets, which we call Cubilycious points. This has a big personal benefit but also a group benefit because every year a Cubilycious weekend is organized. And you can guess: the more points the group collects, the further the location of our weekend goes!

But back to the heart of the matter. During the covid period, our colleagues worked so hard and did so much extra for the company that the score had reached an unseen record. And so, the journey went to a destination OUTSIDE Europe.

Destination: Marrakech, difficulty level: EPIC. I had never accompanied a group of 75 people, let alone outside Europe. An assignment that cost a lot of energy but also paid off. It was nice and even touching to receive all the thanks from colleagues, while it was not only my merit. 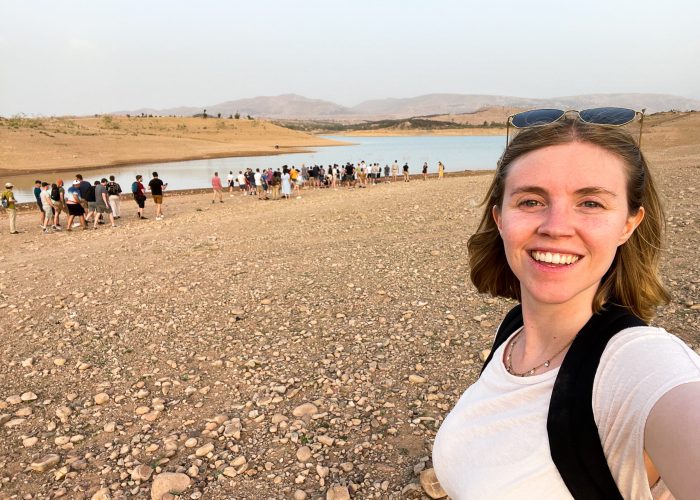 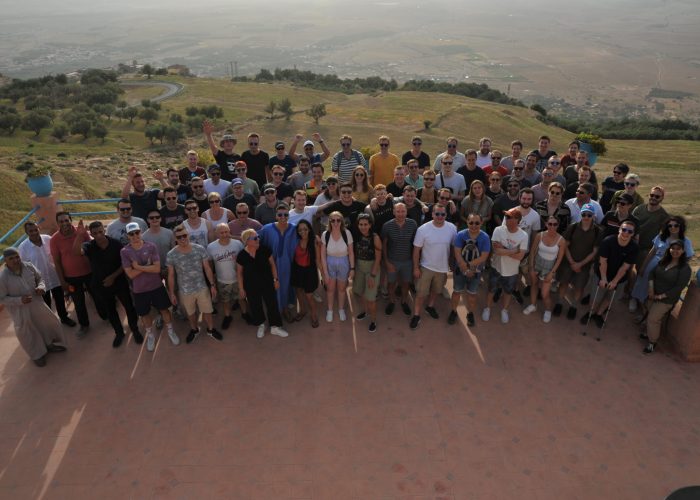 I find while writing this blog that I can go on and on about my past year at Cubis/Lytix/Aivix. A fantastic feeling, isn’t it? But I will stop here, before you all click away 😉

Let me conclude this article with the fact that a year ago I made a choice that changed me in many ways. I can smell the future successes! Let’s go! 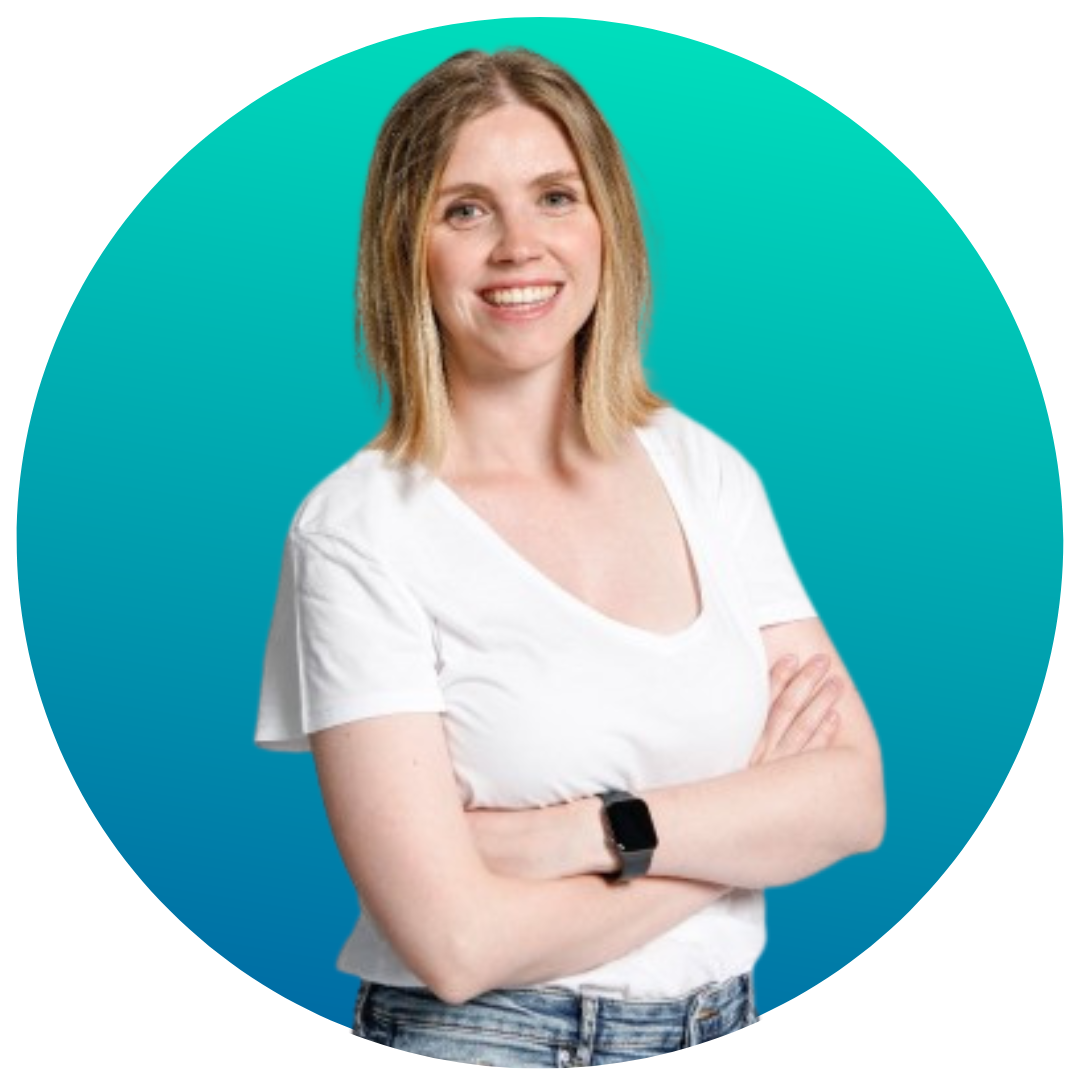 We use cookies on our website to give you the most relevant experience by remembering your preferences and repeat visits. By clicking “Accept All”, you consent to the use of ALL the cookies. However, you may visit "Cookie Settings" to provide a controlled consent.
Cookie SettingsAccept All
Manage consent

This website uses cookies to improve your experience while you navigate through the website. Out of these, the cookies that are categorized as necessary are stored on your browser as they are essential for the working of basic functionalities of the website. We also use third-party cookies that help us analyze and understand how you use this website. These cookies will be stored in your browser only with your consent. You also have the option to opt-out of these cookies. But opting out of some of these cookies may affect your browsing experience.
Necessary Always Enabled
Necessary cookies are absolutely essential for the website to function properly. These cookies ensure basic functionalities and security features of the website, anonymously.
Analytics
Analytical cookies are used to understand how visitors interact with the website. These cookies help provide information on metrics the number of visitors, bounce rate, traffic source, etc.
Functional
Functional cookies help to perform certain functionalities like sharing the content of the website on social media platforms, collect feedbacks, and other third-party features.
SAVE & ACCEPT
Powered by